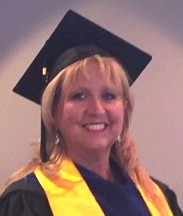 Wouldn’t that be something….In 2010 the Spirit of the Lord walked into my room and declared my healing.

My life was in shambles and destruction was all around me.  Suicide and disability was the end result of the enemy’s violent attack. But the Lord stepped in.

I couldn’t believe this was happening.  I had never heard of such an encounter with the Lord as mine.  Suddenly I was aware that God was with me.  I had a new determination to get to know Jesus and learn what the Bible said about him and his ability. A certain joy ignited inside of me that I can’t explain.  A spark, a hope that became a burning zeal that to this day permeates in my everyday life.

My healing was not instant, it was more like a discovery of healing.   As I meditated on scripture like ‘All things are possible to him who believes’ Matthew 19:26, I discovered that I needed to practice the word of God and simply BELIEVE. It started with a thought. I said to myself, ‘Wouldn’t that be something if God were to heal me?’ In the same thought I said ‘Would’t that be something if I were to go back to school and become a Doctor?’ As far fetched as a bird surviving in the ocean or a fish living on the land, I dared to Believe that it was possible.

I looked at LMU and even applied to Regent University when in 2014 I saw an ad on Facebook, “Get a degree in your own back yard.”  Instantly I knew that this was my opportunity. Here I stand years later completely healed with my Doctorate of Ministry Diploma on my wall with my tassel hanging on the side of the frame.

Going to MII was an awesome experience.  At the age of 50 I became a student again. Along with other classmates we began a higher level of learning.  My favorite part was praying together to practice what we had learned.  Before I knew it, we were preaching, teaching, prophesying and releasing a word of knowledge and watching miracles unfold right before our eyes.  Arms and legs grew out. My vision was restored in class, and I put my glasses away.

I learned how to minister to others and minister the word.  I even wrote a book titled ‘How did I get here from there?’  I walked down the Isle of our Graduation with a diploma in my hand and confidence in our heart. I am now equipped to move forward as the Lord leads.

All things are possible to him who believes Matthew 19:26 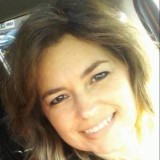 See other blog posts in the link below. MII is a ministry to ministers and Bible Institute which features personal ministry, ministerial credentialing, and extension campuses through local churches and other approved locations.